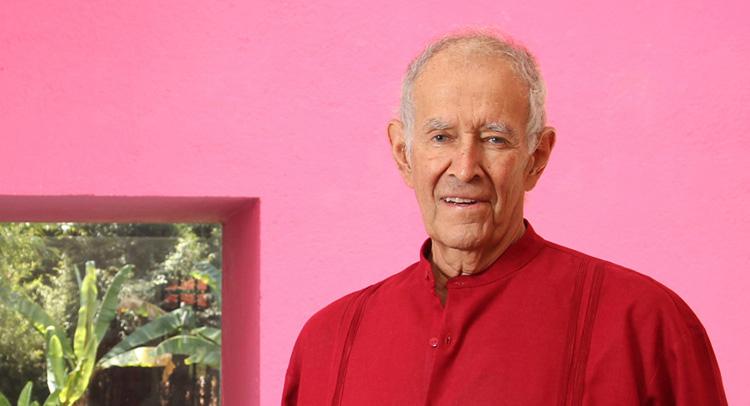 In January, Ricardo Legorreta was added to the list of names engraved in the walls of the headquarters of the American Institute of Architects, in Washington, D.C., along with a roster of gold medalists with predecessors as illustrious as Le Corbusier, Louis Kahn and more recently, Frank Gehry. Although Legorreta has materialized most of his built works (and also the finest part) in Mexico, the AIA – which chooses awardees exclusively from among its members –considered only what this former disciple of Barragán has built north of the Río Grande; the public library of San Antonio and the cultural center of Dallas, both in Texas, or the Mexican Museum of San Francisco, all of them designed at his studio’s main office in Los Angeles, opened in 1985 when he was commissioned to build a house for actor Ricardo Montalbán in Hollywood Hills. Also feted with the UIA Gold Medal in 1999, Legorreta has formed part of the jury of the Pritzker Prize from 1985 to 1993; freed from such responsibility, he is now in a position to opt as well for this other American recognition.

Ricardo Legorreta In the context of its last congress, held in Beijing, the International Union of Architects laureled the Mexican Ricardo Legorreta with its gold medal, a distinction that has since 1984 singled out 'service to man and society throug