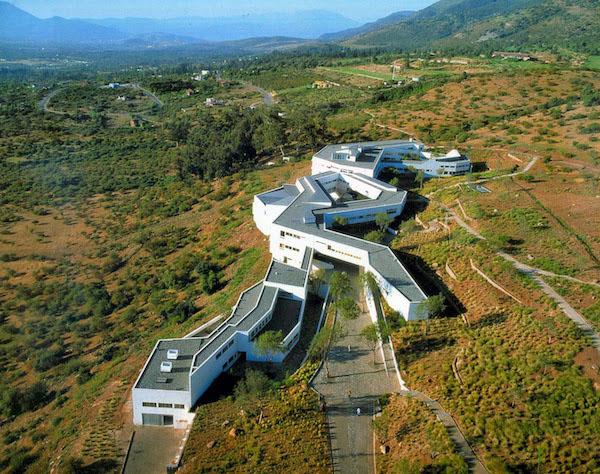 The IV Latin American Biennial of Architecture and Civil Engineering, organized by an assorted group of univeristies, professional associations and government institutions from Spain and Peru, and with housing as theme, has been celebrated in the city of Lima. Professionals from Latin America, Spain and Portugal have gathered in the Andean university Ricardo Palma to take part in an extensive program of conferences and exhibits. This time, the first prize went to the Chilean José Cruz Ovalle for his building in the Peñalolén campus of Adolfo Ibáñez University, in Chile. The architect, who earned international recognition with the Chilean pavilion at the Seville 1992 World Exposition, has since then designed in his country several housing projects and public buildings, characterized by the use of laminated wood as structural material, among which several wineries and a couple of industrial buildings devoted to the manufacturing of construction elements made of wood. The awarded building, which takes up a surface of 12,000 square meters, extends its broken floor plan over an uneven topography.

Mendes da Rocha / Gironès  It is perhaps a sympton of the times that the latest editions of large architecture biennials have clearly had a political agenda or, at least, a marked social and ecological sensibility. This was the case also of the 11th

It is a sure sign of the times we are living that the most recent editions of the world’s most important biennials of architecture and art have been characterized by an indisguisable political agenda, or at the least by a marked sensitivity to social

Arquitectura Viva 74   Luis Fernández-Galiano   These are times of toxic talent and bitter heroes. The French novelist Michel Houellebecq and the Dutch architect Rem Koolhaas fall under this category of mediatic figures who practice social criticism through extreme integration in a landscape they

All I Own House / Yolanda’s House, Madrid

PKMN (pac-man)   Spain   A system of three mobile and transformable OSB timber containers, combining woodwork and a simple system of industrial guides, generate a flexible organization system, capable of adapting the house to the needs of each moment... [+]