Spanish Architects Honoured by the RIBA 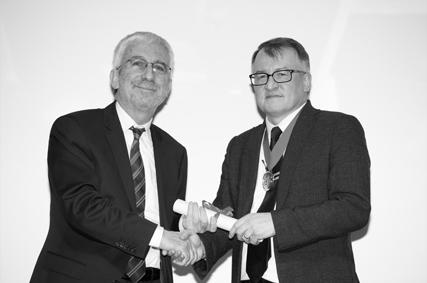 The Madrid School of Architecture professors Luis Fernández-Galiano and Alberto Campo Baeza, along with the publishers Fernando Márquez and Richard Levene, officially became International Fellows of the Royal Institute of British Architects in a ceremony held in London on 24 February. RIBA President Stephen Hodder spoke of the four Spanish architects’ “significant impact on the world of architecture. The inspiration and influence of their work, extends far beyond their borders. They join an illustrious list of architects honoured by the RIBA as International Fellows”. This year the RIBA also elected the Austrian Hermann Czech, the Swiss Marcel Meili / Markus Peter, the Dutch Max Risselada, the Italian Luigi Snozzi, and the Americans Tod Williams / Billie Tsien. The new Honorary Fellows inducted at the same time also included a Spaniard, Lluis Hortet, former director of the Mies van der Rohe Foundation, along with the photographer Thomas Struth, the philanthropist Lady Sainsbury, and the historian Francesco Dal Co, among others. The International Fellows were introduced by Louisa Hutton, a member of the Honours Committee along with David Chipperfield, likewise present at the ceremony, as were CCA founder Phyllis Lambert and the winner of the 2014 RIBA Gold Medal, Joseph Rykwert.