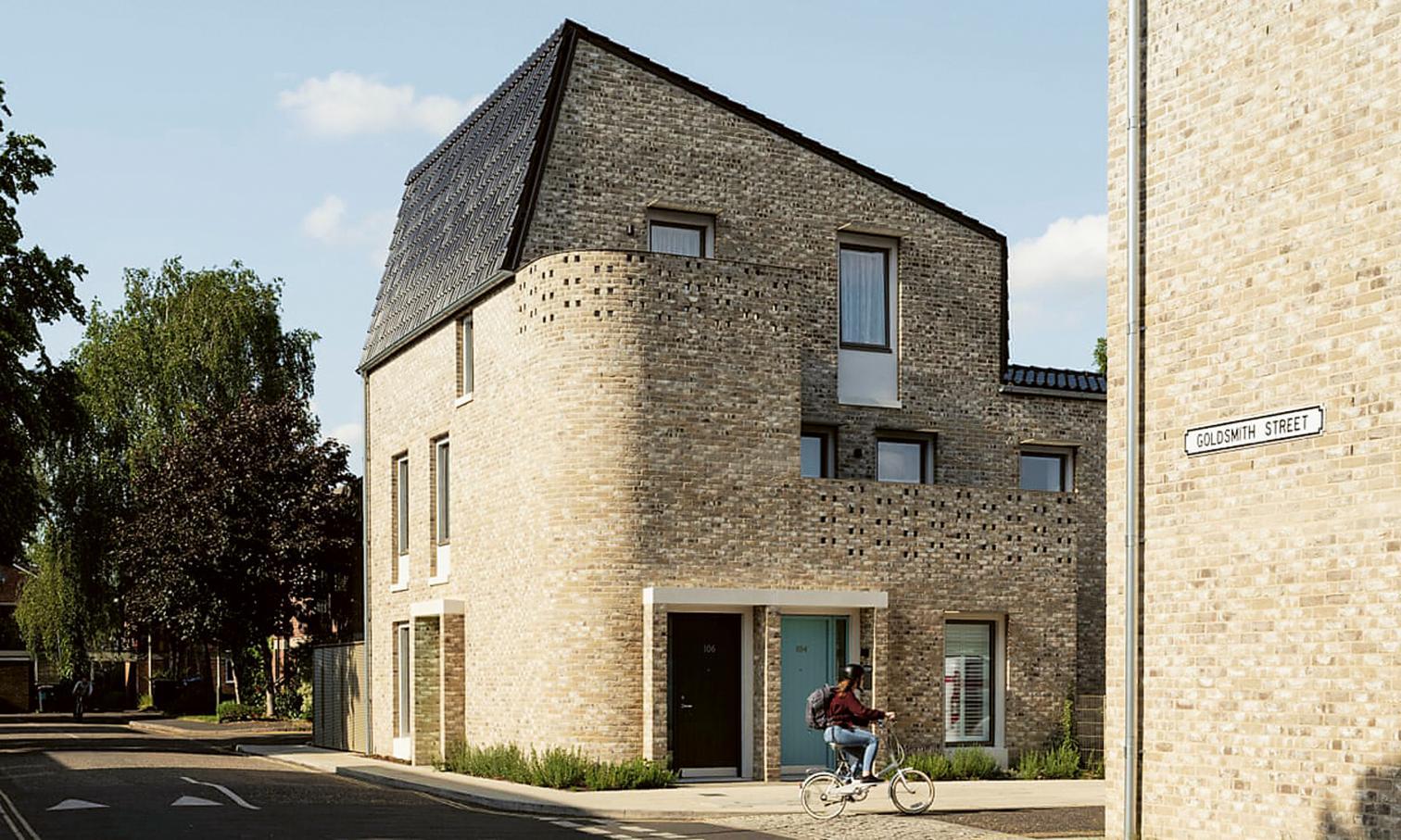 Given each year by the Royal Institute of British Architects (RIBA), the Stirling Prize distinguishes the best works built by British architects or studios in the European Union. In 2019 the award went to the council houses on Goldsmith Street in Norwich, designed by the studio Mikhail Riches with Cathy Hawley, a work that, unlike what has happened in previous editions of the prize, has received unanimous praise. In fact, critics like Oliver Wainwright have referred to it, literally, as “a masterpiece,” representing, in words of the prize judges, “high-quality architecture in its purest most environmentally and socially conscious form.” Not only because of its housing program, which links up with the best democractic sensibility of the United Kingdom, and its energy efficiency, but especially its contained architecture that turns its relationship with the city, the urban scale, and materiality into its key arguments. The other five shortlisted works were the Macallan Distillery, by Rogers Stirk Harbour; the Nevill Holt Opera, by Witherford Watson Mann; the Cork House, by Matthew Barnett Howland; the London Bridge Station, by Grimshaw; and The Weston, by Feilden Fowles.

Unlike in the past, this year’s Stirling Prize of the Royal Institute of British Architects seems to have kindled consensus among critics. For example, Oliver Wainwright of the newspaper The Guardian considers the winning building – Goldsmith Street

Alison & Peter Smithson   United Kingdom   In 1961, the British architects Alison and Peter Smithson started building their summer house in Wiltshire County. It was the materialization of a series of proposals developed in the period between 1953 and 1959, among them the Burrows Lea Farm proj

MaccreanorLavington Architects   United Kingdom   Located in a decaying area by the city center, the Accordia development, which includes this project, is part of the national plan to densify the existing urban areas. The terraced dwellings have two fronts: one towards the tree-lined avenue that con

Bell Phillips Architects Hari Phillips Rim Bell   United Kingdom   The district of Thamesmead is located east of London. The lack of an efficient public transportation system or the dislocation produced by several infrastructures turned this area into an example of the precarious state of the suburbs of large cities

The winners of the RIBA’s Stirling and Lubetkin awards, conferred year by year to honor buildings that architects of the United Kingdom have completed in the European Union and outside, respectively, were announced by the Royal Institute of British

Peter Zumthor   United Kingdom   This rental vacation house – the Swiss architect’s first permanent construction within the United Kingdom – is located in Devon County, in a beautiful southern English landscape of meadows and trees. The house replaces a residence that was demolished