How viruses shape the world 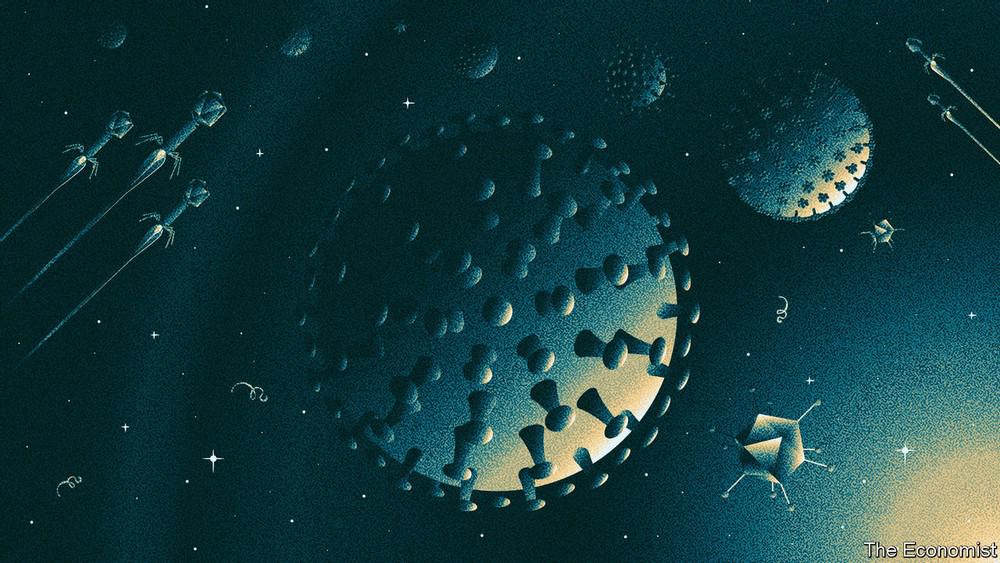 Humans think of themselves as the world’s apex predators. Hence the silence of sabre-tooth tigers, the absence of moas from New Zealand and the long list of endangered megafauna. But sars-cov-2 shows how people can also end up as prey. Viruses have caused a litany of modern pandemics, from covid-19, to hiv/aids to the influenza outbreak in 1918-20, which killed many more people than the first world war. Before that, the colonisation of the Americas by Europeans was abetted—and perhaps made possible—by epidemics of smallpox, measles and influenza brought unwittingly by the invaders, which annihilated many of the original inhabitants.

The influence of viruses on life on Earth, though, goes far beyond the past and present tragedies of a single species, however pressing they seem. Though the study of viruses began as an investigation into what appeared to be a strange subset of pathogens, recent research puts them at the heart of an explanation of the strategies of genes, both selfish and otherwise...[+]