The City and its Discontents

Is the city the key to our times? So think both the British theoretical physicist Geoffrey West, who proposes replacing the term Anthropocene with the more geographic Urbanocene, and the American economist Richard Florida, for whom our greatest challenge lies in the current urban crisis. The Apollo 17 crew took the first photograph of our planet from space in 1972, and the famous ‘blue marble’ has since been an emblem of environmental awareness for all of us who know that we are “fellow passengers on spaceship Earth”; forty years later, NASA used a satellite to obtain a nocturnal image of the globe, with the artificial lighting of cities marking the perimeter of the human footprint, and that ‘black marble’ is already a symbol of the urban explosion. If the overwhelming expansion of cities authorizes us to place ourselves in the Urbanocene, the growth of inequality in them traces a crisis whose denouement is that of our shared future.

Using size as an essential tool for comparing and measuring, Geoffrey West has sought to create in Scale (2017) a quantity ‘physics-inspired’ theory of cities to establish laws of growth and sustainability resembling those existing in the realm of the organic, in the eminent lineage that connects Galileo to D’Arcy Thompson. Pleased that terms like energy, entropy, or metabolism are now common in economics manuals, he proposes to analyze with this approach an urbanism whose conceptual foundations he explores in Ebenezer Howard, Le Corbusier, Walter Christaller, Jane Jacobs, Lewis Mumford, the New Urbanism, or Masdar, all the way to the smart cities of big data.

His presentation of cities as webs of physical and social connectivity, more akin to fractals than to crystals, enables him to obtain unexpected results like the 15% saving in infrastructures and energy that are obtained with every duplication of the population scale, or the also 15% increase in salaries, patents, or offenses that result from multiplying city size by two: an interdisciplinary research that throws quantitative light on the advantages and risks of the urban scale, and where the social inequality so evident now in big cities is explained by organisms’ biological drive to ‘maximize their metabolic power relative to their size.’

Inequality is nevertheless for Richard Florida, who in 2002 foresaw the urban renaissance with The Rise of the Creative Class, the essential component of the current crisis. Convinced that the engines of urban growth are not great corporate headquarters or megaprojects, but the technology, talent, and tolerance that characterize the ‘creative class,’ the University of Toronto professor augured a return to urban centers of the social sectors on the rise who up to then had resided in suburban developments, but both the collapse of the traditional ‘working class’ and the growth of a ‘service class’ have cast shadows on the contemporary blooming of cities.

In The New Urban Crisis (2017), which has been compared with Thomas Piketty’s Le capital au XXIe siècle for its diagnosis of today’s evils, Florida finds in inequality and urban gentrification the fuel that has nurtured Brexit, Trump’s election, or the rise of populism. “Much more than a crisis of cities, the New Urban Crisis is the central crisis of our time,” as it puts to the test the post-industrial knowledge economy. And we can only hope to confront it through more sustainable and inclusive cities, which means increasing density, providing infrastructures and affordable rental housing, raising minimum wages to reconstruct the middle class, or establishing universal basic income to fight poverty. “The only way forward for our economy and society is more, not less, urbanism,” a good recipe for those who live in the Urbanocene.

Luis Fernández-Galiano   The debates of the last decade on energy have brought the controversies sparked by the oil crises of 1973-74 and 1979 up to date, and throw new light on architecture and the city.

Luis Fernández-Galiano   The Loos enigma begins to unravel. A new generation of historians is throwing light on the darkest corners of an architect who half a century ago was famously described by Nikolaus Pevsner as ‘a mystery.’ The reprinting and translation in English of 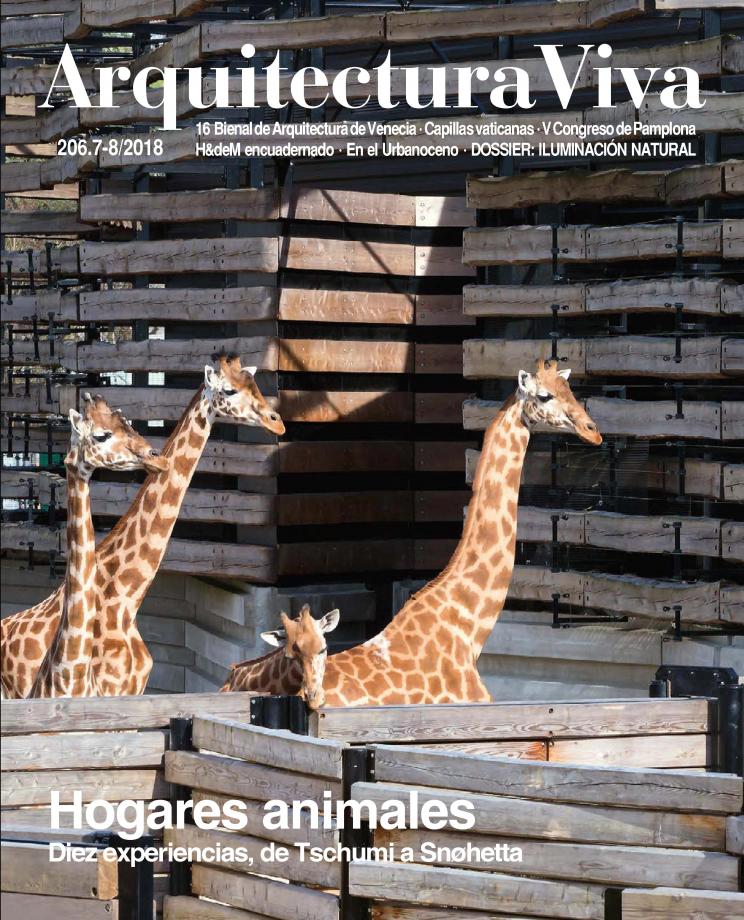